Maximum capacity and number of I/Os by using latest FPGAs 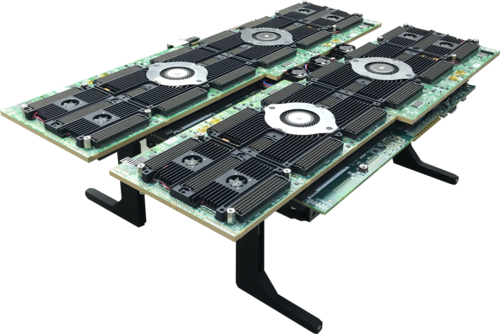 Highest Flexibility
The system architecture is based on a modular and scalable system concept. The FPGAs are assembled on dedicated FPGA modules, which will be plugged on the proFPGA motherboard. This offers the highest flexibility to use for example different FPGA types in one system or to scale a system in increments of one FPGA. The user has nearly 100% access to all available I/Os of the FPGA, which gives him maximum freedom regarding the FPGA inter connection structure. This way the prototyping system can be adapted in the best way to any user design. Furthermore the system offers a total of 32 extension sites on the top and bottom site for standard proFPGA or user specific extension boards like DDR4 memory, PCIe gen1/2/3/4, Gigabit Ethernet, USB 3.0, QSFP+ or other high performance interface and interconnection boards.

Maximum Performance
The well designed boards of the proFPGA system are optimized and trimmed to guarantee best signal integrity and to achieve highest performance. The high speed boards together with specific high speed connectors allow a maximum point to point speed of up to 1.0 Gbps single ended over the standard FPGA I/O and up to 17.4 Gbps differential over the high speed serial transceivers of the FPGA. This performance combined with the high interconnection flexibility allows the designer to run his design at maximum speed in the proFPGA system.

Biggest Capacity
Equipped with up to four Intel® Stratix 10 GX 10M FPGA modules, the proFPGA quad system can handle up to 240 M ASIC gates on only one board. Due to the fact, that multiple proFPGA quad or duo systems can be connected to an even larger system, there is an unli- mited scalability and no theoretical maximum in capacity. 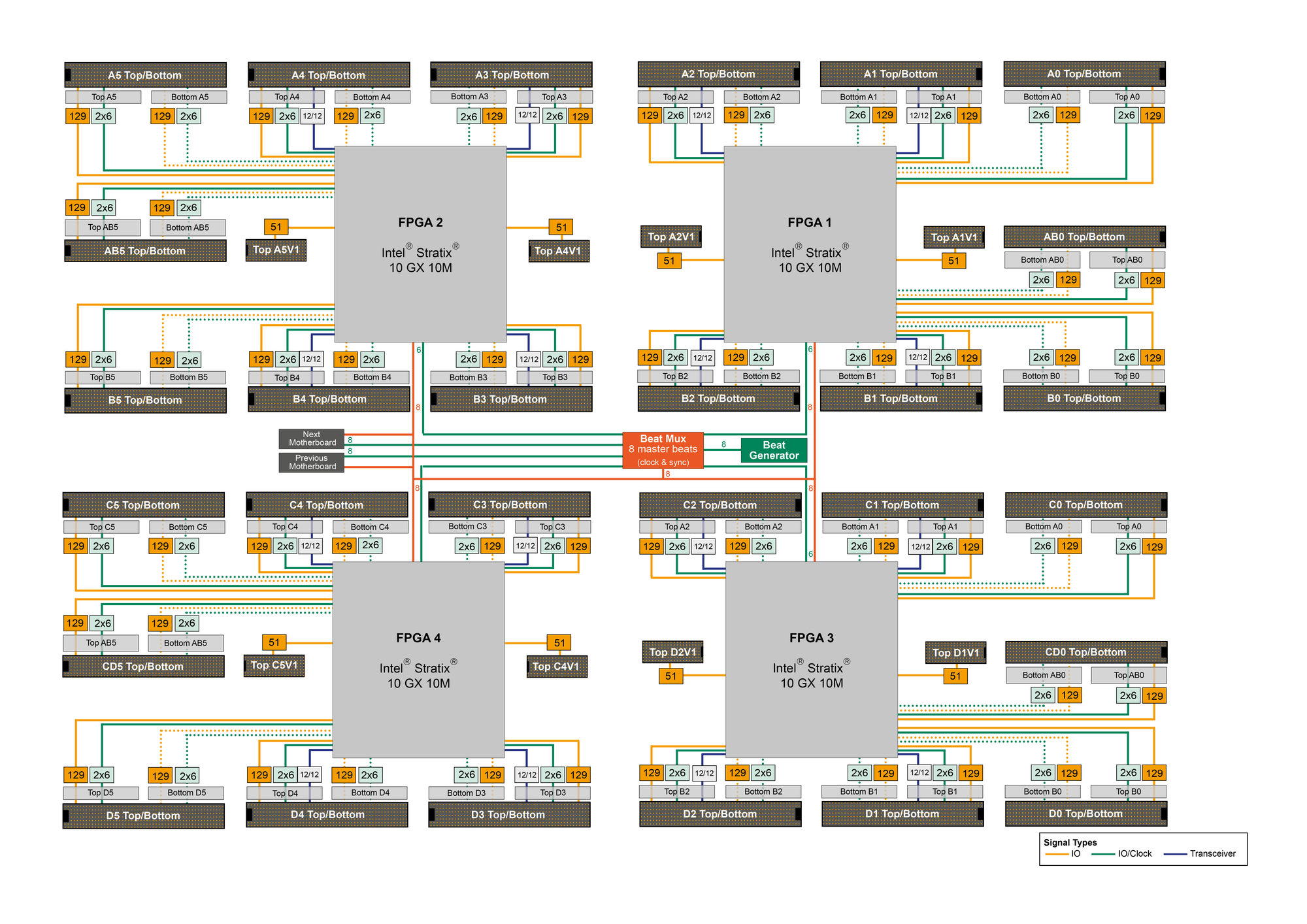